Blogging: The Future of Anthropology?

A quick look back in time: during the 80’s and 90’s of the last millennium anthropology underwent a period of reflexivity that produced works like Clifford and Marcus’ volume Writing Culture, and Fox’s Recapturing Anthropology. Trouillot considered the Savage Slot, Spencer spoke about Writing Within, while Abu-Lughod argued for Writing Against Culture. The question was, and still seems to be: where is the discipline heading and how can anthropologists effectively use their time and expertise?

In November of 1995, James L. Peacock delivered the Presidential Address at the 94th Annual Meeting of the American Anthropological Association – an appeal that appeared a year later in the journal American Anthropologist under the bold heading: The Future of Anthropology. Peacock presented three scenarios: extinction, seeking refuge in the enclave and “hanging on as the living dead”, or, as a third and more hopeful option, redirecting the field into a prominent position in society. Society needs anthropology, so he says, and if the discipline would not already exist, then it would certainly be invented. Yet to address this need for anthropology, the discipline itself has to redirect its focus, change its priorities, and with that, its work.

“Given these possibilities, what must we do? While sustaining our fundamentals, probing the deep mysteries of the human species and the human soul, we must press outward, mobilizing our work and ourselves to make a difference beyond the discipline and the academy. This is simple to say, maybe even simple to do, but to achieve this objective we must change our priorities and hence our work.”

In particular, Peacock argues that anthropological theory and anthropological practice can not continue to stand in isolation, but have to come together in an effective synergy: reflective practice and connected research have to merge and engage both with society as a whole and with its leadership. So, what does he propose? 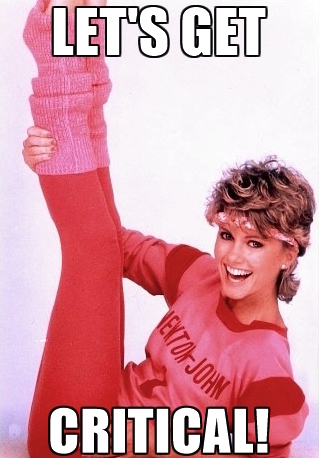 Did Peacock’s plea lead to any changes within the discipline? One way to look at it would be to direct our gaze towards AAA’s policies: in 2009, roughly 15 years after his address, the American Anthropological Association made the following announcement:

“AAA is pleased to announce the debut of our new, unified association blog. We have created this blog as a service to our members and the general public. It is a forum to discuss topics of debate in anthropology and a space for public commentary on association policies, publications and advocacy issues. We will post select items that we think are of interest to our members and that readers have voiced an interest in. We invite all anthropologists to use this domain to stimulate intellectual discussion, and would be delighted to host guest bloggers who are active in any of anthropology’s four fields.”

eeping both Peacock’s vision and AAA’s announcement in mind, lets look at the 109th Annual Meeting of the American Anthropological Association, New Orleans, LA, November 2010 (15 years after Peacock’s talk). At this point in time, Jeremy A. Sabloff gave his distinguished lecture under the title: Where Have You Gone, Margaret Mead? Anthropology and Public Intellectuals

“In today’s perilous world, anthropologists have many productive ideas and much useful information to share with the public, in general, and policy makers, in particular. To make such ideas and information more accessible, anthropologists need to further strengthen their public outreach. I argue here that one potentially fruitful way to facilitate such outreach is to have more anthropologists become visible, recognized public intellectuals, just as Margaret Mead so successfully was in the past.”

In short, Sabloff argues that we need more anthropological public intellectuals that act like modern-day Margaret Meads. But why the allusion to the author of Coming of Age in Samoa? One likely answer is that Mead’s book became –though controversial—one of the best-known works of popular anthropology so far. She was aware that her audience extended far beyond the elite world of academia, and she cultivated her public by publishing hundreds of articles in such venues as American Anthropologist, Natural History, Redbook, Vogue, Good Housekeeping, Seventeen, and the New York Times Magazine. Whether we admire or criticize her work, Mead had become a model of the anthropologist as cultural critic, partly because her work responded to the contemporary question of how America should raise its children and adolescents. This engagement with public issues is what Sabloff is concerned about for when he speaks of public education as “spreading the gospel of anthropology, by effectively communicating with the general public”.

And yet, to whom can we look in our quest for public anthropology or public intellectuals? Eric Wolf, Paul Farmer, and Nancy Scheper-Hughes come to mind.

However, anthropological outreach is supposed to be a two-way street that involves not only educating the public, but also listening and learning from it. Can blogging become the much-needed tool to connect the discipline to its public audience, an audience that increasingly uses technology to engage with the world? If scholars could be convinced to publish more often in open access journals, newspapers and magazines, then these works could get picked up in the anthropological blogosphere and potentially reach an even wider audience. Consider, for example, The Guardian’s call for anthropological experts that are passionate and capable “to bring cutting-edge research to life for a diverse audience” contributing to a blog that tells the story of humankind.

Remember Peacock’s three scenarios for the future of anthropology? We have a vital interest in keeping the discipline alive and meaningful, not only within academia, but also as a service to the public. Blogging can provide a means to regain visibility, and thus become one of the most promising ways of anthropological outreach and engagement with the public. It might even have the potential to infuse “Old Man Anthropology” with the lifeblood of a fresh, widely diverse and mobile audience, both coming from within and outside of the discipline.

Sabloff, Jeremy A. 2011. Where Have You Gone, Margaret Mead? Anthropology And Public Intellectuals. American Anthropologist 113 (3): 408-16.

FYI: If you want to read more on the anthropological blogosphere, have a look at these papers:

I am just a grumpy older anthropology student who likes to learn about new things, and then think about them way too much... View all posts by Jutta Zeller-Beier

2 thoughts on “Blogging: The Future of Anthropology?”

“..the universe is made of stories, not atoms.”

A critique of the Anthropological blogosphere